Whether you want to sing for your own enjoyment, feel more confident at karaoke nights or are more serious about your singing, we tailor make your private lessons to your requirements and skills.

Vocal and singing training is a fantastic way of appreciating and understanding music without the need for an instrument.  Singing provides a great opportunity to enjoy music and increase self confidence. 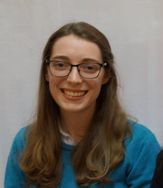 Amelia began her musical life at the age of 5, singing in Adelaide Girls’ Choir and always singing along to the radio in harmony with her mother. At the age of 11 she began participating in Music Theatre Camps run by Pelican Productions every summer. In high school she began learning clarinet, saxophone and piano. In 2011, Amelia began her studies at the Elder Conservatorium of Music as a clarinettist but 6 months later decided her heart was fonder of singing. She is now in her 3rd year of her double degree in Music and Languages, under the vocal tuition of Rosalind Martin.

Amelia is heavily involved with choirs, at one point managing to sing in eight choirs at once. She also adores music theatre and her favourite role to play was Madame de la Grande Bouche, an opera singing wardrobe in Beauty and the Beast with Swell Productions. Amelia loves to sing because it is fun and it enables you to take on whichever character you want. It always makes her happy, and even more so when she sings with her friends in her numerous choirs. 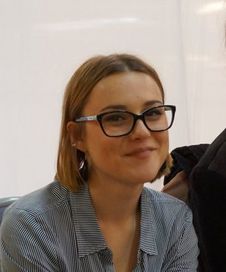 Katrina’s love of music and particular passion for singing began to develop at the age of 5 when she joined the Australian Girls Choir. As a long-time member, she had many leadership roles, working with younger choristers. She performed and toured with the choir until graduating from high school.  During her secondary education she took part in several school musicals and school bands singing, as well as playing piano for the ensemble.

In 2011 Katrina undertook a Single Studies (in classical voice) at the Elder Conservatorium of Music and subsequently enrolled in the Bachelor of Classical Music (voice) program where she has completed her final year. During her time there, she has performed in Elder Conservatorium opera productions of Mozart’s The Magic Flute (2012) and Humperdinck’s Hänsel & Gretel (2014).

Following her interests of choral singing, Katrina has taken courses in conducting and has been in a number of Conservatorium choirs:  Bella Voce, prestigious Jazz choir Adelaide Connection, and currently, the Elder Conservatorium Choral and contiguous Adelaide Symphony Chorus.
​
Katrina loves teaching and making music with her students. She especially enjoys working with children and anyone that shares a passion for music. 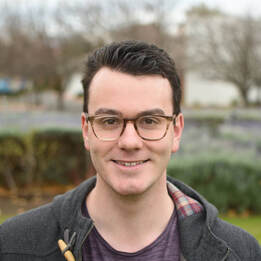 Aidan began singing when he was 5 in the Shine Gospel Choir, as well as in Westbourne Park Primary's Festival of Music choir, where he was the only male soloist in both 2005 and 2006's Festival of Music concerts. Aidan also picked up piano when he was 10 and learnt it for 5 years, progressing to 4th Grade AMEB exams. At Cabra Dominican College, he continued singing in the style of Jazz and Musical Theatre, before pursuing Classical Voice at the Elder Conservatorium in 2012, under the tuition of Patrick Power.

Aidan is heavily involved in the classical and contemporary choral scene performing interstate and locally, as well as being part of the supporting choir for Adeles concert in Adelaide. His home group, Adelaide's Festival Statesmen Chorus representing Australia at the International Barbershop Competition held in Los Angeles in 2020. He also is a Vocal Mentor with Young Adelaide Voices Male Vocal Group. Aidan is very enthusiastic and caring to his students, and enjoys working with students on their technique and performance skills, as well as the versatility of teaching numerous genres (Classical, Contemporary, Jazz, Musical Theatre). He also enjoys teaching Beginner Piano as a foundation for students to learn what music is all about. 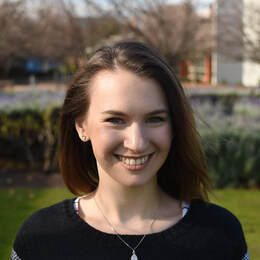 Lily began piano lessons at the age of 7 and has been singing since she was a toddler. Her love of music began to grow when she became a Special Interest Music Student at Marryatville High School, where she sang in many choirs and learned to play the cello. Upon graduating in 2014, Lily entered the Elder Conservatorium as a Classical Voice major, later deciding to change to Composition. She completed her double degree in 2019, now holding a Bachelor of Music in Composition as well as a Bachelor of Arts majoring in French Studies and minoring in History.

Lily has been heavily involved with the Adelaide choral scene for years as both a singer and an occasional conductor. She loves to compose and arrange, taking a particular interest in writing for vocal ensembles across a multitude of genres. In addition to classical music, Lily enjoys singing and playing in contemporary styles such as pop and jazz. She strives to inspire joy in others through her teaching, and is especially passionate about teaching music theory as a supplement to instrumental tuition, as it helps students understand the wondrous world of how music works.

Tori joined the Australian Girls Choir at the age of 7 and continued performing with them until graduating from high school. During her younger years Tori learnt to play piano and violin and consolidated her love for music through these interests.

In 2016, Tori began her studies at the Elder Conservatorium of Music and is currently completing her 5th and final year of her Bachelor of Music (Classical Voice)/Bachelor of Arts (English) double degree under the vocal tuition of Cheryl Pickering. During her time at university she has performed as a member of the Elder Conservatorium Chorale under the direction of Carl Crossin and been involved in numerous opera productions. These are the State Opera of South Australia’s student internship productions of Die Fledermaus (2016), Don Pasquale (2017), and Dido & Aeneas (2018) as well as participating in the 2019 Winter School for their production of Boojum!. She has also performed in Elephant in the Room’s production of Carmen (2017).

Tori loves to sing because it’s something you keep with you always and each person’s voice is unique. She loves getting to know her students' voices more and more each lesson. Through her teaching Tori hopes to develop her students' passion for music and give them the skills to carry singing with them throughout their lives.